Alright, first things first- when did you first start making music and why?

I started making music when I was 12. A kid in my grade class had a guitar so I would make up some lame excuse to go over to his house to play.  Instead I just played his guitar the whole time. I actually hated the guy. He was a real jerk, but the only person I knew that had a guitar. I remember sitting there for hours trying to figure out how to play “Smells Like Teen Spirit”. I also played clarinet and at the time I couldn’t read music so I would just learn Papa Roach songs on the clarinet. I could play “Last Resort” like a boss! I play music because my life depends on it. It’s sort of a curse and a gift at the same time because music is constantly playing in my head. I got my first guitar when I was 13 and I’ve been playing ever since.

Where are you from and how has that affected your music?

I’m from Kansas City, Missouri so naturally I was surrounded by Jazz music but I didn’t come to appreciate it until college. Certain parts of the Midwest are strange; conservative and god-fearing. I grew up in a very conservative religion and I was not allowed to listen to anything that my parents did not approve. I remember trading my older sister anything she wanted for a Bone Thugz in Harmony mixtape. I would sneak my walkman and tapes around in my backpack and hide them for fear of getting grounded or having my guitar taken away. I would also sit outside of my sisters door and listen to R&B and Hip hop before I had my precious mixtape. When not playing my guitar, I would play excessive amounts of video games. The music from those games has played a huge role in Golden Living Room.

Who have been your primary influences

Yikes…I’d have to say Thelonious Monk  is one of the most influential. Also Sade, John Coltrane, Debussy, Brahms, Vektroid, Nobuo Uematsu, Koji Kondo, Nirvana, Fumie Kumatani, The Beatles and Hideaki Kobayashi. I am also very influenced by video game music in general. I used to play through old RPG’s on various gaming systems until I got to a certain area with beautiful music, then I would unplug the yellow AV cable and keep the music on all night while I slept. I also slept with the Sade song “Stronger Than Pride” every night on repeat for 3 years.

OK Look at this picture of Yajirobi after he ate too many sensu beans and comment on it. 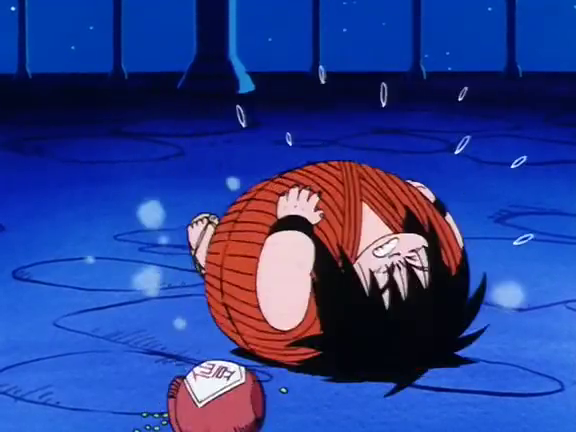 What is art for you? Do you consider yourself like a lense or a mirror or like…….something different?

Art for me is very personal. I’d like to say something generic like “It’s the true expression of the soul” blah, blah, blah. I mean, I agree with that but words usually fail me when it comes to describing something so abstract. Art is all about interpretation and filtering. To me, art is pure mood. I feel like a lens and a mirror simultaneously. I feel with art you can reflect something in a new aesthetic or filter an average object or sound. Focus on one or more aspects of the piece and create something completely new from it. That’s what I like to do with Golden Living Room. I hope that doesn’t sound like pseudo-intellectual bullshit..like I said, words fail me.

What visual artists do you draw inspiration from/admire?

I’ve drawn a lot inspiration from the visual art directors over at Sonic Team. The aesthetic they develop with games like Phantasy Star Online is intriguing to me. Zahid Jiwa is another artist whose work really blows me away. He did video art for some of the artists on Beer On The Rug label and they are fantastic. I am also a big fan of Keith Rankin from Giant Claw over at Orange Milk Records. He work is absolutely sublime.

How do you feel about the label “net artist”
I have a few URL friends that I would call net artists. JohnMoProductions being the first one that comes to mind. He does hand-made collages that are absolutely beautiful. Terrell Davis made the cover art for my first album “PLUG IN, DROP OUT”.  He included a piece for the j-card insert of my new cassette “NEW NOSTALGIA”.  PRN CSS designed my main avatar which was also included in the j-card of my new tape.

Make us a 5 song playlist on sight

I. Public Spreads The News – On The Fly